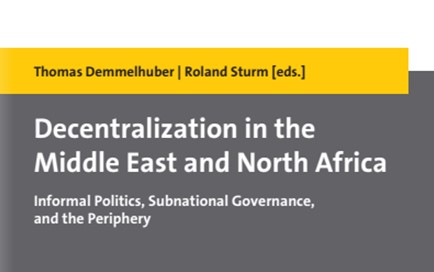 Political Science has often been blind to political developments and changes beyond political centers as it focused almost exclusively on the national level. A new edited volume from the DFG-funded project on Decentralization in the Arab world at Erlangen’s Institute of Political Science now helps to diminish these caveats. The authors of the contribution widen their scientific scrutiny to subnational governance, informal politics and the importance of peripheral areas. Based on extensive fieldwork, the articles in this Open Access volume close important gaps in the vastly underresearched area of comparative decentralization reforms in the Middle East and North Africa (MENA).