Potential topics: You should make sure that the topic of your dissertation matches the research interests of the chair.

Preparation of a proposal: You should hand in a proposal of approximately 10 pages that captures your research question and its scientific relevance, an overview of the methodology you are planning to adapt as well as possible outcomes of your research.

As a doctoral candidate, you are expected to submit a formal application of your dissertation project at the FAU Erlangen-Nürnberg, sign a supervision agreement, and participate in the research colloquium (weekly event during the semester). Once every semester, doctoral candidates should present the state of their research in the colloquium. 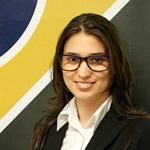 Ennahda from within: from Political Islam to Muslim Democracy

This project aims to conduct an analysis of the ideological strategic changes carried out by the Ennahda Party in the post-revolutionary Tunisian context. During its 10th General Assembly, on May 2016, the party re-branded itself from an “Islamist” to a “Muslim Democrat” party and split the movement into separate religious and political wings, ending a 40-year history of Islamist identity. Considering these developments, the present project aims to answer to the following question: why has Ennahda carried out such a strategy change? The research will be guided by two preliminary hypotheses, drawn from the observation of both the domestic and international contexts: 1) domestically, we see taking place the so called “moderation by inclusion” hypothesis, which states the movement opted to change strategy to face the constraints inherent to inclusion in the political process; 2) internationally, we see the occurrence of cross-border sharing of ideas and emulation of patterns of behavior among Islamist parties in the region, bringing to Ennahda the influence of similar trends of moderation from other Islamist groups in the region. 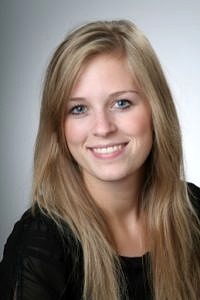 The Autocrat’s Guide to the Periphery: Linking Decentralization Efforts and Elite Networks in the Hashemite Kingdom of Jordan

Encouraged by western donors including the IMF and World Bank, highly centralized Arab regimes introduced decentralization reforms as a means to enhance local autonomy, increase political participation and improve their economic situation ever since the 1990s. The widespread protests in the Arab world in 2011, which mostly originated from the socio-politically neglected local periphery, pushed these reform projects even further. However, the outcome of decentralization efforts in the Arab world is subject to strong clientelist networks on all levels of government – central, regional, and local. Yet, in turn, decentralization reforms are also breaking up patterns of authoritarian rule by providing new opportunities for local elites and other political stakeholders to evolve. This research project builds on an interplay between top-down decisions and contentious politics in Jordan by asking the following questions: Are decentralization efforts reinforcing authoritarian structures by enhancing central control in the periphery? Does decentralization develop its own momentum by opening up new spaces for contentious politics and thus, give way to unpredictable bottom-up dynamics? 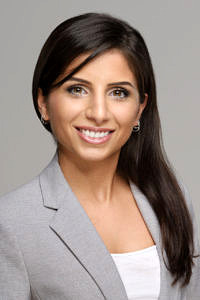 in cooperation with the Doctoral Programme at GIGA Hamburg

Civic Culture Without A State: Conceptualizing Kurdish Civic Culture in Iraq, Iran, Turkey and Syria between State-Control and Resistance

In 2023 it will be 100 years that the Kurdish population was divided up to four countries: Iraq, Iran, Syria and Turkey. Each of these countries have distinct political systems and dealt with the Kurdish population and the Kurdish question differently. Hence, we can assume that the last 100 years of political socialization in these four regimes have influenced the Kurdish populations very differently, allowing some a political status like in Iraq, while rejecting a status vehemently, like in Turkey. The Kurds offer a unique comparative starting point of analysis to find out how state-policies can influence the civic culture of minorities that are trying to gain a political status. Further, the case can show how this struggle for a political status influences democratic thought in the minority population. Much has been written on the Kurds from a top-down perspective, analyzing state and substate actors, but no comparative large-N analysis of Kurdish society and political culture was provided so far, to answer such a question. This doctoral thesis will fill this gap and expand the concept of civic culture, merge existing survey data and conduct own survey experiments to give a first multi-level analysis of what civic culture means in the case of the Kurds as a group without a state and with a contested political status.

Moderation or Transformation: Explaining the Different Ideological Trajectories of the Egyptian Muslim Brotherhood and the Turkish Justice and Development Party (2013)

This dissertation provides a comparative analysis of processes of ideological transformation by ISMs using the cases of the Turkish Justice and Development Party (JDP) and the Egyptian Muslim Brotherhood (MB). The research traces the transformation of power networks that have occurred in recent decades in Turkey and Egypt. It employs an analytical approach focusing on the concept of the “regime” as an interrelated system of power networks: political, economic, ideological and military. The dissertation explains the divergent processes of ideological formation and reformulation in which the JDP and the Egyptian MB operate and attempt to reshape their respective regimes in order to gain access to and transform the social and political spheres in their respective countries. The central question in this analysis asks: How do changes in the power networks of regimes facilitate or restrict the trajectory of Islamic movements’ development in terms of their ideology, goals and political strategy?

The Arab Revolutionary Uprisings in Egypt: An Analysis of David Harvey’s Framework of Accumulation by Dispossession (2018)

This thesis critiques mainstream theoretical frameworks that explain the origins of the Arab Revolutionary Uprisings in Egypt. It offers David Harvey’s perspective, as an alternative theoretical model, to explore the uprisings from the conceptual frame of „Accumulation by dispossession.” Our work will focus on the underlying development of privatization, commodification, and financialization that became tools of dispossession and redistribution of public wealth, from the lower to upper classes. Specifically, these processes will be studied in the domains of public lands and housing. Moreover,  we will argue through an analysis of available empirical data that these processes progressively induced massive discontent and resistance that culminated in the 2011 revolutionary uprising.

Rather than drawing the picture of a linear transition to democracy, this research project offers an alternative reading of the Tunisian uprisings and the current developments since 2011.
In contrast with the general tendency of the social sciences, it deliberately focuses on the multitude of social struggles on the local level and the redefinition of the Tunisian society.
The research goal is to provide insides to the construction of identities and the enforcement of moral norms in public spaces, which were translated into an issue of national contestation after the Arab Spring.
They now constitute the crucial factor for the understanding of the struggles over the Tunisian political system as well as its constitutional order.

Survival, Money and Power: Gulf Foreign Policies towards Egypt since 2011

Since the uprisings of 2010/2011 Saudi Arabia, the United Arab Emirates and Qatar have supported very different political actors in Egypt. By applying an agency-focused approach the project evaluates the role of regime survival, geostrategy and personal business interests as drivers behind the foreign policies implemented by the Arab Gulf States’ core elites in order to explain these heterogenous policy patterns.

The delusion of being eco-friendly: Environmental policymaking and the quest of legitimation in the oil-rich Arab Gulf monarchies

In contrast to the already existing vast amount of explanations for the resilience of Gulf monarchies during the Arab upheavals since 2011, the project aims at investigating the legitimizing effect of environmental policymaking in the fossil fuel-rich countries of the Arabian Peninsula. The comparative analysis includes efforts of Saudi Arabia, Qatar, Kuwait and Abu Dhabi towards more sustainability as a means to garner legitimation and secure the regimes’ hold on power. A multi-method research design combining rational as well as constructivist arguments is applied for exploring this form of ‘eco regime resilience’ under authoritarian rule.