The main purpose of FAU’s Social Studies Education programme at Nuremberg Campus is to prepare students for the first state examination required for teaching posts at public schools in Bavaria/Germany.

The subject of Politik und Gesellschaft (“Politics and Society”, i.e. Social Studies), is composed of the academic disciplines of Political Science and Sociology. The objective of Political Science is to analyze and to explain political action with the following focal points: the development and structure of political institutions and decision-making, the constitutional, social and economic framework of politics and the guiding principles of political action and their justification.

Political Science itself is subdivided into three parts:

The Political Science curriculum is taught in three consecutive steps: First, an introductory lecture about the basic issues and the terminology of the discipline, followed by three courses concerning the subdisciplines’ main topics and research perspectives. In the third step, the Exam colloquium concludes the Political Science part by discussing research problems and prepares the students for the examination. 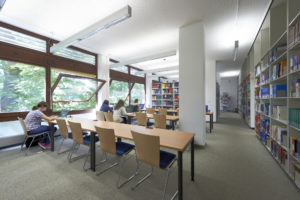