Heiner Bielefeldt was born in 1958 in the school building of a small village near Aachen. After the conclusion of his school education, he studied philosophy, theology and history at the Universities of Bonn and Tübingen. In 1989, he completed his PhD thesis on social contract theories and their impact on contemporary constitutional theory. In 2000, he finished his habilitation (= postdoctoral) degree at the university of Bremen with a thesis on the philosophy of human rights. Bielefeldt held teaching positions in different faculties at the universities of Mannheim, Heidelberg, Toronto, Bremen, Bielefeld and Erlangen-Nuremberg.

From early on, Heiner Bielefeldt became interested in human rights issues, both as an activist and as an academic. Between 2003 and 2009 he served as Director of the German Institute for Human Rights (based in Berlin), which is the officially accredited national human rights institution of Germany. In 2009, he took the newly established chair of human rights and human rights politics at the university of Erlangen-Nuremberg. From 2016 to 2019, he also held the position of a Professor 2 at the Human Rights Centre of the University of Oslo. Bielefeldt’s research interests include different interdisciplinary facets of human rights theory and practice, with a particular focus on freedom of religion or belief. He published numerous articles, reports and books in different languages (see list of publications).

From 2010 to 2016, Heiner Bielefeldt served as the UN Special Rapporteur on freedom of religion or belief, which is a worldwide mandate, originally established in 1986. In discharging his mandate, he undertook country inspections and presented reports to various UN forums (all available at the website of the Office of the High Commissioner for Human Rights: www.ohchr.org). 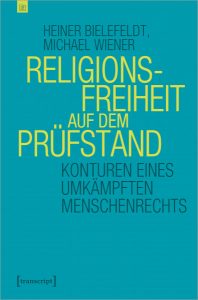 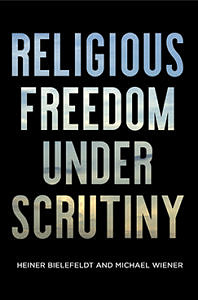 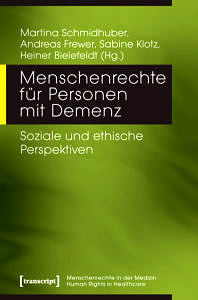 Volume 7 of the book series Menschenrechte in der Medizin / Human Rights in Healthcare, by Heiner Bielefeldt and Andreas Frewer

Freedom of Religion or Belief. An International Law Commentary